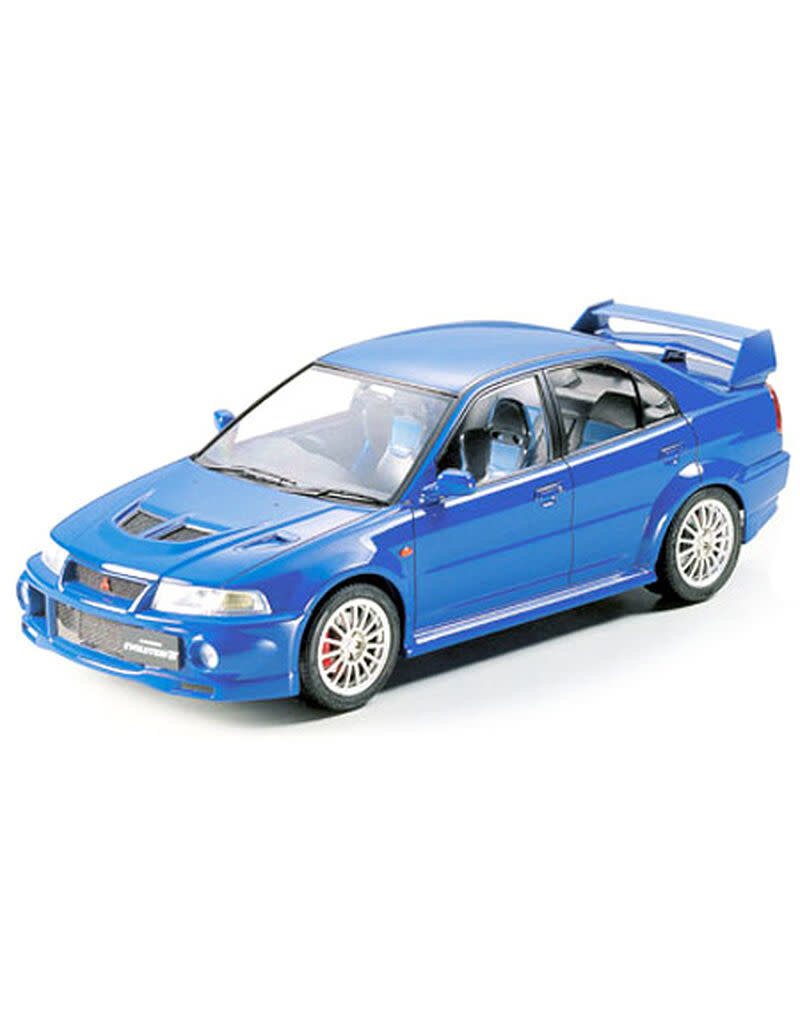 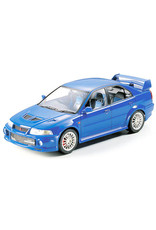 The Mitsubishi Lancer Evolution V won the 1998 WRC Manufacturer's Title, and T. Makinen earned the Driver's Title in the same year. The continuing refinement of the car for the 1999 Rally season led to the development of the Evolution VI.

The street car version of the Evolution VI was announced in January, 1999 and utilizes the experience derived from rallying. The first modifications centered on the aggressive exterior. On the right side of the bumper, the oil cooler air intake was enlarged and an air outlet on the right side was created to improve efficiency. To improve the radiator airflow, the license plate was offset to the left. The rear spoiler is a delta type twin wicker with an adjustable angle on the upper wing, this increases downforce for extra stability. Reliable, abundant power is provided by the 4G63 2.0 liter 4-cylinder engine with an intercooled turbocharger. Power is transferred through a full-time 4WD transmission to the wheels, the front features a helical limited slip differential, the center is equipped with a viscous LSD, the rear has an Active Yaw Control differential. The front wheels are suspended on Macpherson struts, the rear use multi-links.

Additional high performance features were incorporated into the car, resulting in an exceptional vehicle with superior handling. Mitsubishi generously endowed the Lancer Evolution VI with their know-how and experience, creating a rally capable sports car.