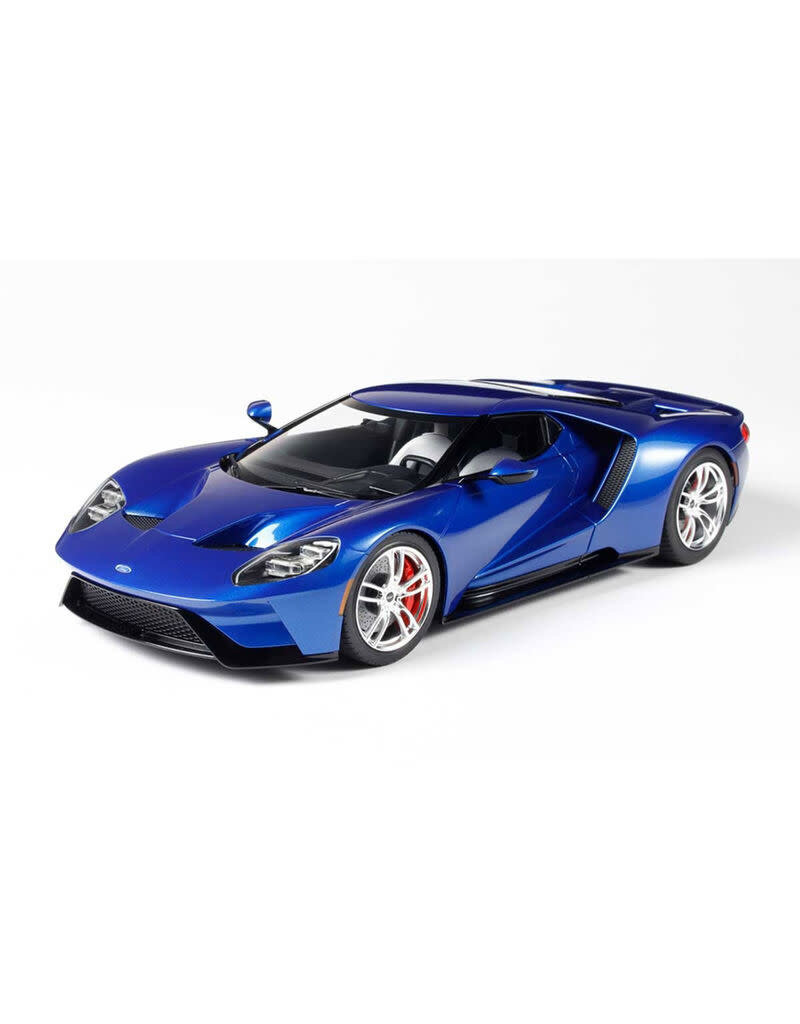 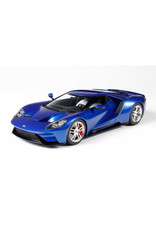 This is a high-precision model assembly kit of the Ford GT! Specifically, this version represents the second-generation iteration which was unveiled at the 2015 North American International Auto Show.

About the Ford GT:
In 2006 the Ford GT came into existence to celebrate the era in which American determination challenged the dominance of Ferrari in endurance motor racing in the 1950’s and 60’s. Specifically, FORD wanted to beat Ferrari at the 24 Hours of Le Mans and it did with the FORD GT40! The victory was not just a fluke. Ford beat Ferrari for the next 3 consecutive years.

The first-generation FORD GT was a retro styled street car that mimicked the legendary GT40 race car. The second-generation Ford GT is the opposite. It is a race car that is made to pass street legal laws.
The second-generation Ford GT car went into production in 2016 as it marked 50 years since the legendary GT40 won the 1966 24 Hours of Le Mans. In that same year it competed successfully in the 2016 24 Hours of Le Mans as it won the LMGTE Pro class.

The full-size street legal car, in which this precision model kit recreates, will only see 1,000 examples made. The 2017 and 2018 model year cars are for select buyers, such as Jay Leno, and other high-profile car enthusiasts, while the 2019 model year are for people who did not make the initial selection process. In its last production year, the 2020 model will be available to those who simply have the means to own this high-performance car.

About the model kit:
Ford poured their expertise into the carbon fiber body, endowing it with highly refined aerodynamics and an alluring teardrop shape incorporating sweeping rear fenders and unique buttresses, plus an active rear wing. The 647 horsepower 3.5-liter EcoBoost V6 engine offers awesome power and exemplary response, making this street-legal car equally at home on the racetrack. Tamiya’s model replica faithfully captures all these details thanks to the FORD Motor Company and the real-world example that Tamiya’s car designers examined in Southern California. The end result is a replica that is sure to provide car modelers a rewarding building experience and an exquisite model to display.