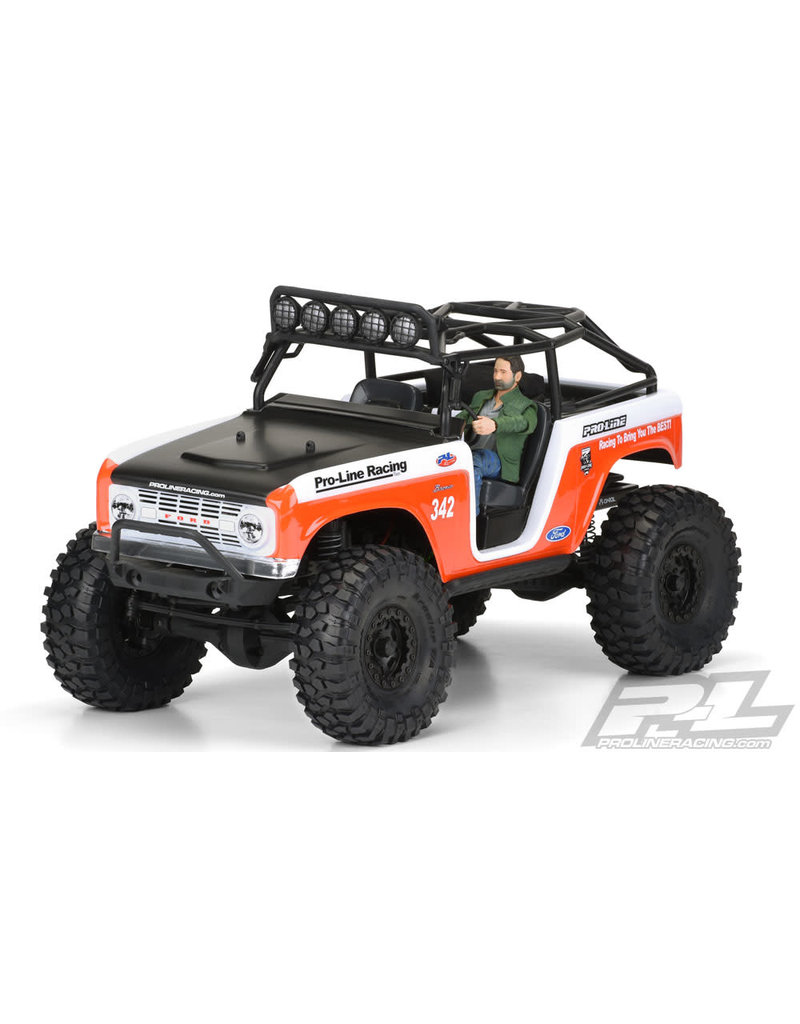 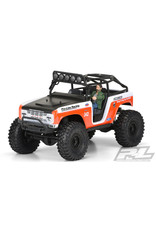 The most distinguishing feature of Pro-Line's 1966 Ford Bronco body is the extremely deep interior allowing you to have full length driver figures for extreme scale realism. The separate dash piece adds another layer of detail not found in most bodies and is designed to work with the stock Deadbolt plastic steering wheels found in the spare parts bag. The Iconic look of the 1966 Ford Bronco has been captured in every way and will completely transform your Deadbolt into a rugged off-road trail ready machine.

Body is sold clear. Shown painted for display purposes only.